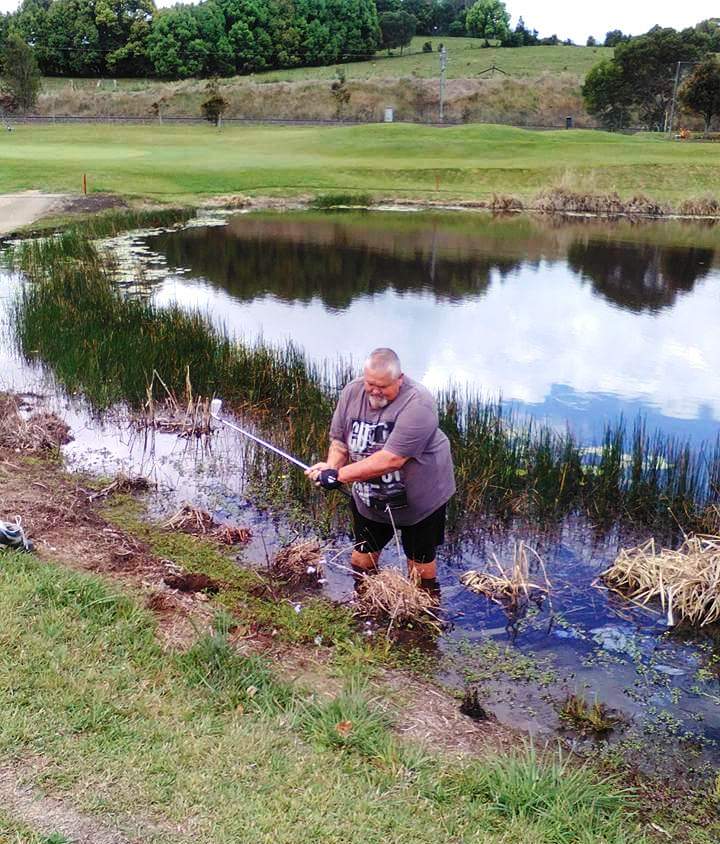 A great effort by Bob Noble to take out A grade with 53 nett.

Congratulations to Ray Lally for an Eagle on the 13th.

Terry Wilson managed a golf version of the old tablecloth trick on the 13th on Wednesday. Terry hit his tee 5 metres leaving his ball in exactly the same spot.

Some players will go to extreme lengths as demonstrated recently by Kevin Tonkin (photo).