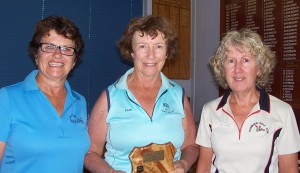 d in good scores, with Cooroy being the victors on their home course.  Last year was the inaugural challenge, held at Nambour and won by Nambour.

Many thanks to Cooroy Supa IGA who donated a fruit tray for a raffle.  This was won by June Allen from Nambour, while Susie Thompson from Cooroy won a hat supplied by Cooroy Golf Club.

We finished the day with an excellent cold smorgasbord supplied by Robyn from Rob’s Kitchen at Cooroy Golf Club.  We look forward to going to Nambour in 2014 for a return challenge.