Congratulations’ to Dave Lyons for winning this years’ “Single Match Play Championship”, and commiserations to Nick Kostalas who played some good games to get into the final. 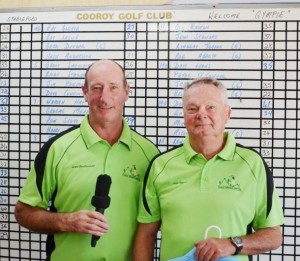 On Monday we hosted Gympie and 68 players were treated to some lovely September weather.  Our players played well, none better than Peter Piggott (right in photo with Grant) who finished with 44 points for a win in A-Grade.

With only 3 games to go in the Jim Penman Host Day Trophy event, things are hotting up for leader Errol Radley as other contenders are closing the gap.  Big movers this week were Tony Foster who replaced a 27 points with a 40 points and Don Clelland improved by 15 when his 41 points replaced a 26 points.  Keep an eye on the “Leader Board” at the club.

Although our Wednesday’s Members Guest Day didn’t attract too many guests it was great to have ex member Geoff Kerr, and visitor Bill Watson join us for the game.   It was also nice to have Andrew Denny, Sales Manager, from our invited sponsor John Madill Toyota make the effort.  Thanks’ to Andrew and John Madill Toyota for supplying and presenting the caps to our 20 run down players.

Great efforts again by competition SPONSOR, STARTER, and BBQ CHEF Bruce Cowan and his able assistant Rod Booth.  Both of these gentlemen sacrificed their own game to provide you with a sausage sizzle at completion of play.   The winning team accepted Bruce’s donated 1 dozen bottles of fine red with great enthusiasm.

A few statistics to come out of our game:

I was told before the game that an 8 iron and putter was a bit tough on the 11th hole. The hole played into the wind and yet five teams still registered a par 5.

There were 3 eagles scored on the day.

Kevin Olsen’s team scored one on the “Eagle Challenge” 16th (nothing too special there).

The David Jones team scored one on the 18th after Greg Flanagan put their 2nd shot within a metre.

The best effort of the day must go to the Terry Hymas team.  After Terry laid up before the creek on the 17th they then watched Dale Rickard put his next shot in from 150 metres.  A spy tells me that other team members Denis Beckhaus and John O’Donoghue made wonderful spectators.

The “Tee Guessing Competition”, went to Don Pigdon and Ed Boyd who both estimated 306 Tees, just one off the correct number 307.   If you want to buy land see Len Highland as his estimation was 1,020, and at the other end of the scale, don’t buy land from Jason Egan who estimated 140 Tees.

A reminder that our Cooroy Vets 2015 AGM will be held on the 4th November 2015 at completion of play.  Notices will be issued in due course.

Any Motions for inclusion in the AGM Agenda must be submitted to Rod Booth, Secretary, at least 28 days prior to the meeting.  Each Motion must be accompanied by Explanatory Notes.

In a recent newsletter we announced that we were making some changes to the timing of our free raffle draws on staggered start days.

This free raffle is now called a LUCKY DRAW.

Commencing next Wednesday, 16th September 2015,  the lucky draw will be made by the Starters immediately all players have registered.  The Starter will then write the names of the winners on the whiteboard.  This will allow the Winners to collect their prize from the prize table immediately on returning to the club house after a game.  IMPORTANT NOTE: Winners must cross through their name on the whiteboard to indicate prize has been collected.

Please note there is no change to the Lucky Draw on shot gun start days.  The draw will continue to be made during the presentation at conclusion of play and you must be present to collect. 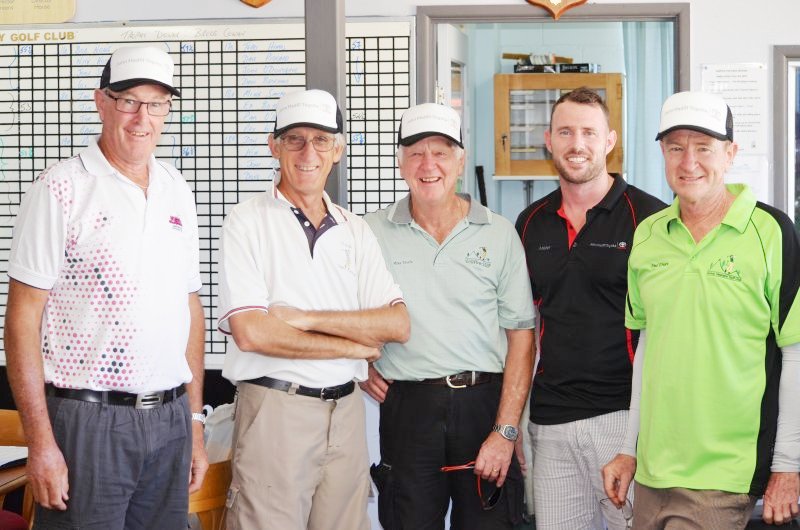 Letter received from Cooroy Golf Club in relation to the above Project. 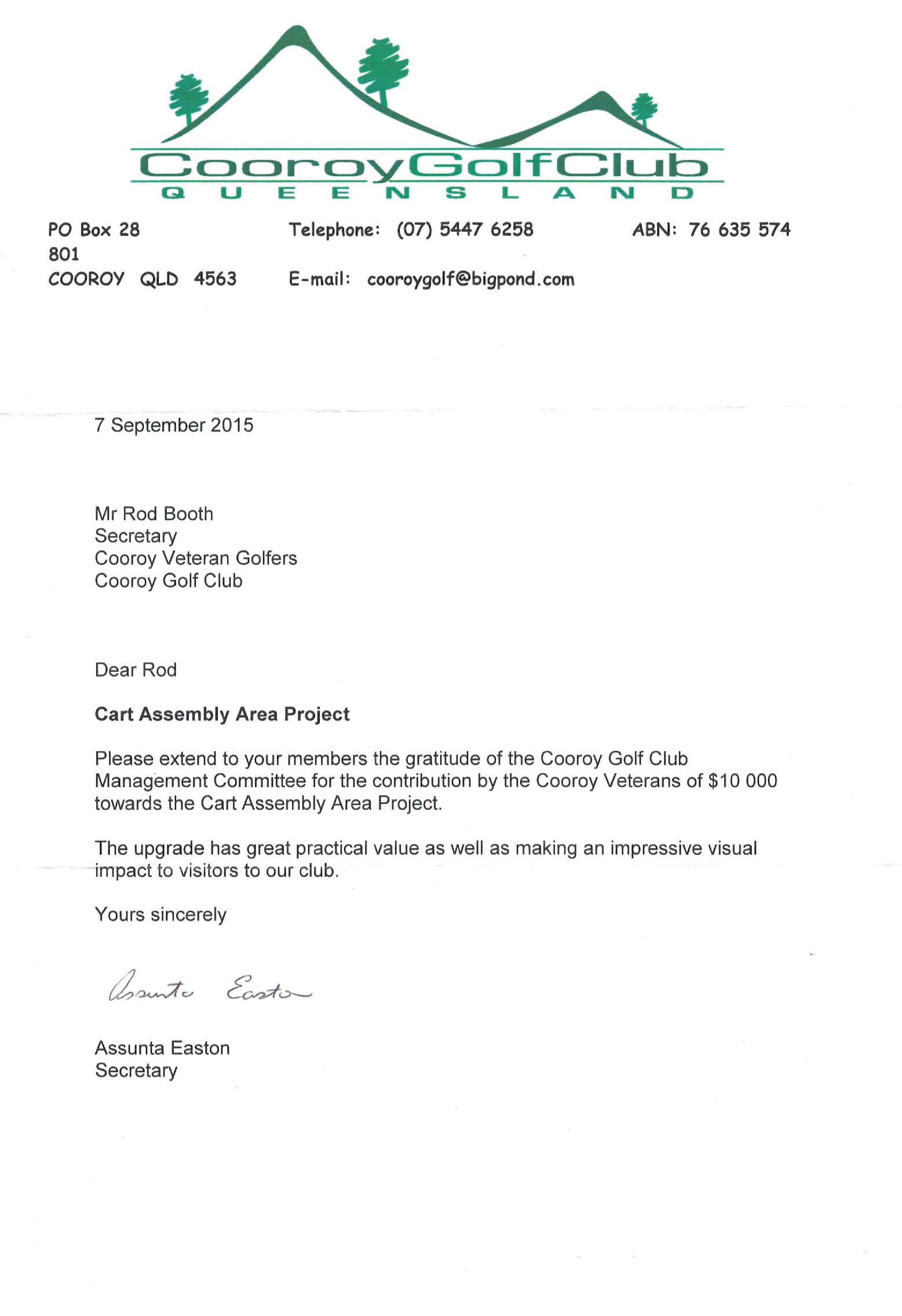