We started our week with the Bribie Island Invitation on Monday.  This year the game was played in fine weather, and our stand out player was Don Clelland who finished with 41 points.   The best of the others were Ed Krop 38, Ray Glover 38. John McNamara 37, Brian Flynn 37, Russ Rylance 36, Mike Miklenda 36 and Graham Laing 36. 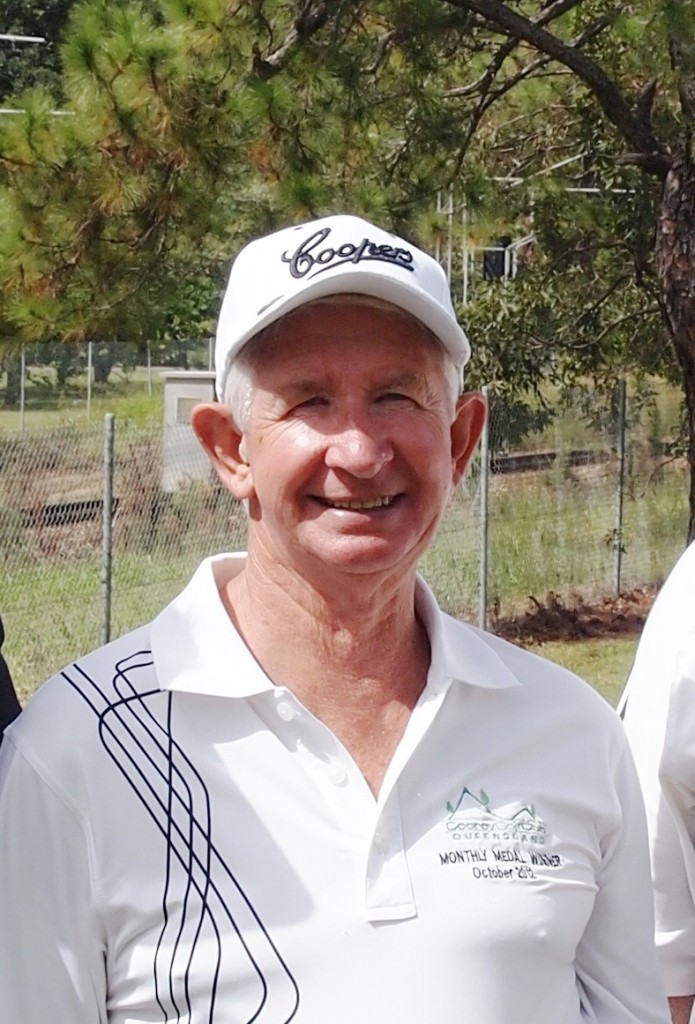 Our Stableford game on Wednesday was sponsored by the “Bush Boy’s x 15” and we thank them for their support.  The Bush Boy’s sponsor a total of 3 events for the year, and their sponsorship not only covers all of the major prizes, but also includes the NTP and run down balls.  For those that are not in the know, the Bush Boy’s consist of Bruce Wilshire, Peter Reilly, Kerry Martin, Phil Mason, Jon Sendall, Jim Prendergast, Paddy Knapp, Jim Gregg, John Quodling, Gary Sheales, Bill Galvin, John Kelly, Glen Johnstone, John McNamara, and Tom Murphy.

We had a field of 86 players, which compares well with last years’ total of 77.   There were a lot of good scores with 8 players recording 40 points or more.  Most unusual round of the day was by Rob Nash (pictured left) who had just14 points on the front, but finished with 27 on the back to end up winning B-Grade with 41 points on a count back.   Paddy Knapp can consider himself unlucky as he was one of four B-Grade players who finished with 41 points, Paddy ended up winning a ball in the run down for his efforts.

Next weeks’ 4 Man Ambrose is our ANZAC DAY event and is sponsored by the Cooroy RSL Sub Branch it is an 8.00am shot gun start & there is a FREE sausage sizzle at completion of play.

The APRIL MONTHLY MEDAL cancelled due to wet weather will now be played on MONDAY the 15th of June.   It will be an 8.00am shotgun start.

A quick report on a couple of members you may not have seen at the club lately.  Vets Life Member Jim Penman came out of Hospital on Wednesday.  Marty popped in on Wed. for a short time, and enjoyed a schooner or two of “black”.  Alan Blundell will be out of action for some time with shoulder problems.

It’s good to see Jim Turnbull (picture left) back and in the winning circle.  Jim has been down in Victoria doing volunteer work with BlazeAid which is a volunteer-based organisation that works with families and individuals in rural Australia after natural disasters such as fires and floods.  Working alongside the rural families, volunteers help to rebuild fences and other structures that have been damaged or destroyed.

Equally important, BlazeAid volunteers also help to lift the spirits of people who are often facing their second or third flood event after years of drought, or devastating losses through bushfires.  BlazeAid volunteers work in a disaster-affected area for many months, not only helping individuals and families, but also helping rebuild the local communities.  Jim is a regular BlazeAid volunteers so if he disappears from time to time that’s where he’ll be.