This week’s Stroke/Monthly Medal: 1st Round of the Championship drew a field of 87 members and 3 visitors.  One of our visitors was very popular past member Charlie Adelberg who now lives in Bendigo.  Charlie made mention on how good the course was looking which is a credit to the Greens Staff and our Volunteers.

Players who have been disqualified can still win next weeks Stroke event but are out of contention for the Championship.

Next week is the 2nd round of the Championship and will be followed by our 2015 AGM.

In the event of a tie in any grade, there will be a play off on holes 1, 17 and 18.  If still tied the play-off will be sudden death over the same three holes.

Leaders after round 1 are:

Our best wishes go out to Life Member, Jim Penman, who has not been too well lately and also to Dave Chapman who is recovering from a hernia operation that should see him back in action around Xmas.

Good luck to all in next weeks 2nd round of the Championship. 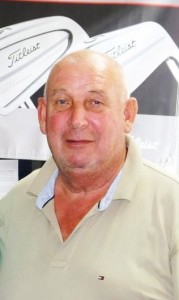