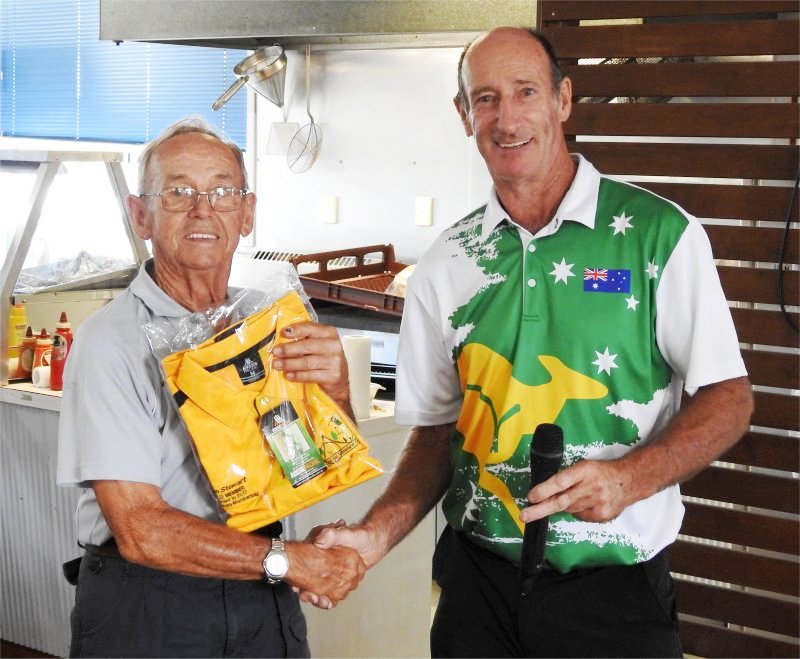 Rumour has it that John, now 80 years young, was so keen to play with the Vets he misquoted his age so he could join early – congratulations John.

The District 2 Man Aggregate Stableford will be held on Friday, 23rd February at Maroochy River – 7:30 am shotgun start.

Cooroy has been allocated space for 6 teams – 12 players.  The cost of $30.00 per player includes Competition Fee and Lunch.  Hire Cart extra.

Nominations close on 12th February.  If you are interested in playing speak to Grant Smallacombe.