2017 STABLEFORD PLAYER of the YEAR

With only 3 rounds to go, Ron Blount maintains a comfortable lead from Rob Nash and John Hillis. Fourth spot is hotly contended with only 5 points separating the next 10 players. 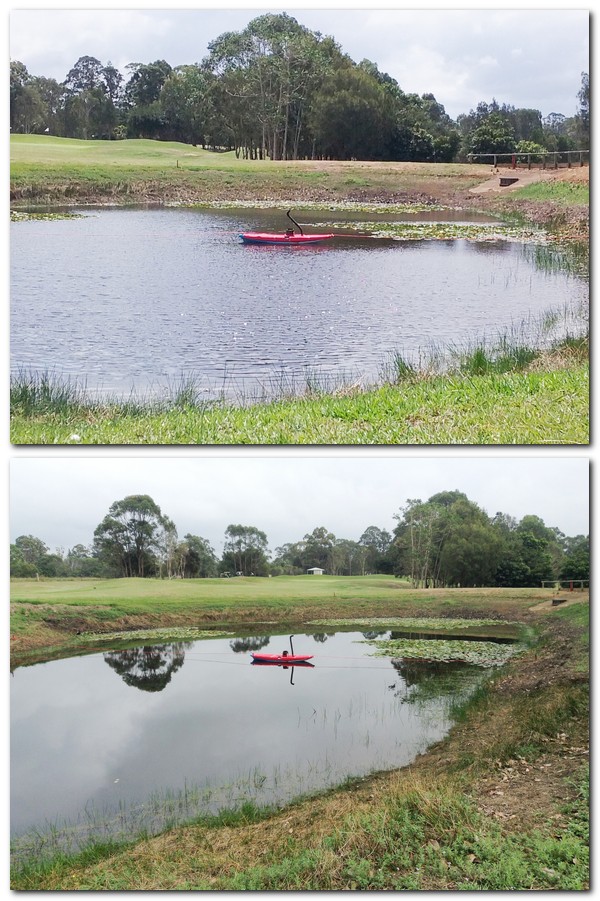 It is October and it is Red Course Day so perhaps it wasn’t so surprising to see a red submarine, complete with conning tower and snorkel, surface in the 14th hole dam on Wednesday.  Fearing it might be a covert Russian takeover of the golf course, the Red October Team (Paul O’Hare, Terry Lyons, Terry Magill, Greg Michael, Dale Rickard) quickly sprung into action and announced a bounty of $100 for anyone who could sink the sub with a golf ball.

As the last group approached the dam the sub was very much afloat, and, as it turned out, still in no danger as final attempts to sink it barely raised a ripple.  It was unkindly suggested more damage would have been done by throwing marshmallows at it!  Thanks Red October Team, and Don Clelland for donating the ammunition.  Great fun, although there was scepticism about the accuracy of the “advised” 120m distance to target.

Round one of two rounds of the Vets Championship start next Wednesday, 18th October 2017.