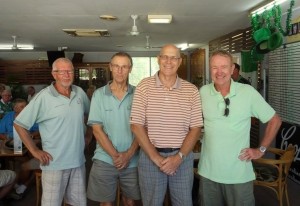 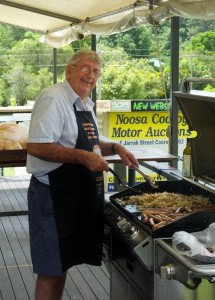 Another busy week of golf with 2 games played.  Twenty three players made the trip to Tin Can Bay and enjoyed their hospitality.

The best of the Cooroy players was Bill Edwards with 42 points.  Full results and the Jim Penman Host Day Leader Board can be seen on our notice board at the club.  Remember you need to play at least 5 away games and 4 home games to qualify.

On Wednesday we had a field of 73 players which is a little down on last years 77.  It was a very successful day and Bruce Cowen’s solo effort on the BBQ was much appreciated.  Thanks you again to the LEPRECHAUNS who were our sponsors for the day.  Jim Henderson was all smiles as usual and the success of the day was a fitting reward for all the hard work he continues to do for the Vets.

Back to normal with a Single Stabelford event.