Panoramic photo of carts lined up for a Vets la mans, oops shot gun start – taken by roving photographer Bob Watson.    The action shot below of Dennis Beckhaus driving from the Tee was also taken by Bob.  Bob is quite rightly chuffed with the photo as it is a difficult image to capture – note the ball in flight.

A big day Wednesday with our John Madill Monthly Medal event also being the 2nd round of our vet’s championships, plus the AGM that followed.

An outstanding round of 70 off the stick, for a nett 61 by Les Terrans won him the A-Grade Monthly Medal.

Congratulations to our elected Office Bearers and Committee for the year ahead.

Coming up on the 19th of November we are holding a fundraiser for Legacy.  The event is a 2 man Ambrose and it is an 8.00am shotgun start.  There is to be a gold coin donation Sausage Sizzle at the end of play, plus there will be a couple of fundraisers out on the course – so please make sure you bring along a few extra gold coins so you can take part in these.

Below are our winners of the 2014 Vets Club Championships.  Well done.

Welcome back to Greg Flanagan (left) after a period travelling around Australia – although no one recognised him. I wonder why!!

An almost perfect return to Vets golf by Greg though – in the Run Down and 2 NTP vouchers. 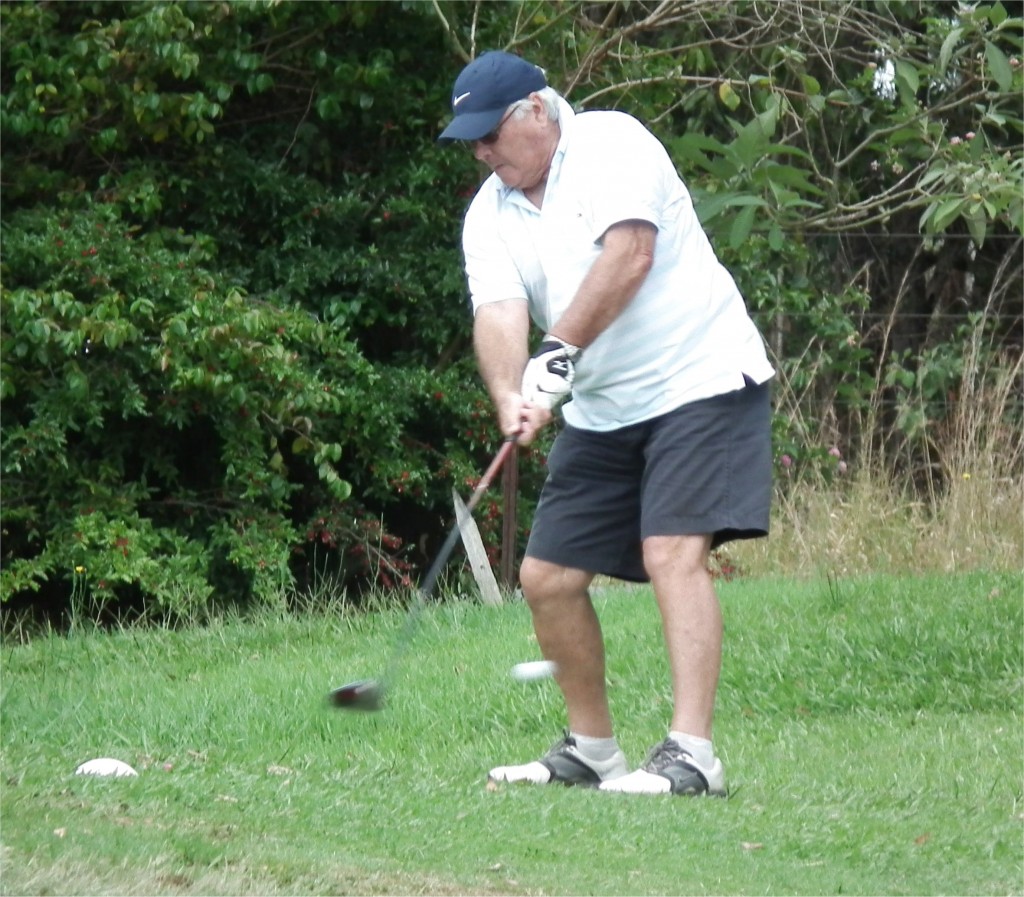 If you know of a member or former member who is not travelling well, let us know.

Remember, a little contact during these times can be better than a visit from a doctor.

Unfortunately Lionel Willett ended up in hospital after his game on Wednesday.  He is still in there and it looks like he may need a pacemaker fitted – still nothing seems to keep Lionel down for long.

Bill Edwards gave us an update on Jim Penman on Wednesday – Jim is finding the going a little hard at the moment.  A short call from his friends at Cooroy Golf Club will pick him up.

Bruce Cowan was called away urgently on Wednesday.  Unfortunately his wife, Mary, had a stroke and is in hospital.  Fortunately the prognosis looks promising.

Our thoughts are with them all.

A reminder that Cooroy Golf Club AGM will be held on Tuesday, 11th November 2014.